Home
how to
How to install kodi on roku streaming stick 1,2,3 & 4 without jailbreak

This article will guide you through Kodi and how to install Kodi on Roku devices. If you are hearing about Roku for the first time, then it is just another streaming stick like firestick. Roku allows streaming of various movies and Tv channels across the globe. But Kodi is a media player kind of application that allows streaming of various contents like movies, sports events, Tv shows and much more for free. Now you may be confused a bit, that both offer the same content, why should one use Kodi on roku. There are a lot of things you were unaware of Kodi. Let us see that here and learn how to download and install Kodi on Roku devices. Don’t worry we will not jailbreak roku stick in this method.

VPN for Kodi
Your IP Address: 66.249.73.94 is visible to the public. You are taking risk! As a kodi user, we used to watch tv shows, movies, live streaming videos, PPV and much more. Watching these from your own IP address is totally risky. Also, few kodi add-ons are geo-restricted and can’t be accessed by all the users. In order to get rid of such issues, a Kodi VPN is always recommended. Using a VPN will unlock geo-blocked content, keep you anonymous online and watch without buffering! After testing out various VPN services for kodi, we found IPVanish to be the best amongst all. Click here to get an instant 57% special discount on IPVanish for kodiforu users.

Kodi is a popular software application for streaming videos and can also be used as a media player. Kodi being developed as an Open source application it is totally free of cost.

It is available for almost all platforms like Windows, Linux, IoS, Android, Firestick, chromecast and much more, which is the biggest advantage of Kodi. There are certain things you must be aware of before using Kodi. Kodi is a software application developed mainly for playing stored media on pen drives, hard disk etc. Then an additional extension called

Later several third-party addons were developed by various developers who developed these addons on their own interest. It was these addons that made Kodi stand out from other such applications. These addon let users stream movies, Tv shows, and various other content absolutely for free. Though streaming movies and Tv shows on Kodi is free, it is illegal and not advised too. Because of such addons, Kodi faced several legal issues, and certain addons were removed completely. But the popularity and usage have not gone down. People still use Kodi as they used to.

Roku is a digital media player set-top box that is used to stream content from the internet directly to your Tv. They are really easy to use and user-friendly. All you need to have is an uninterrupted internet connection, Roku device and a Tv.

You can stream almost 4500+ channels on Roku, in addition to this, Roku does also provide some of the other big fishes in the market like Netflix, Amazon prime video, Hulu, WWE network, Google play music and movies, Pandora, Youtube and much more.

Kodi and Roku differ mainly in the usage and legal factor. All you need to stream a channel on Roku is turn on the device and skip through the channels which are simple and easy to do. But in case of Kodi, you need to work around a bit to stream the channels and you need to try 2 or more links if a link does not work. So using Kodi will require your time and efforts to set up which you don’t need on using Roku. However, because of the various contents provided by Kodi, everybody wants to give a try. This is not an exception in case of Roku users. They also want to install and use Kodi on their device. Let us see here, is there a way to install Kodi on Roku or do we need to jailbreak Roku to install Kodi in it.

Do I need to Jailbreak Roku stick?

We know that Roku devices are built exclusively for streaming and run only Roku software. In order to use Kodi on Roku, we must try and install Kodi on the Roku device, which is more or less called jailbreaking. It is possible to do so and is it recommended? is a great question. I would clearly say NO. It is impossible to jailbreak Roku and run Kodi. Because Kodi and Roku are built on an entirely different platform.

But don’t worry! We have a Plan B! 😉 There is another way to install Kodi on Roku.

How to install Kodi on Roku devices?

We have seen that it is impossible to jailbreak Roku. So the only way to use on your Roku device is through screencasting. Almost all the latest devices support screen casting. In order to do this, you need a device running Kodi, which may be your mobile phone or PC etc..

2. Go to settings. ( kindly check if you have upgraded to the latest version of Roku software) 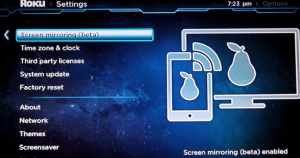 4. Pair your devices.( Roku to your smart phone or PC). 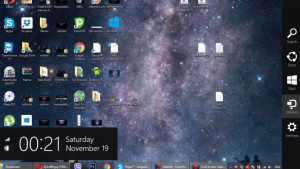 6. Click on Project and then choose Add a wireless display. 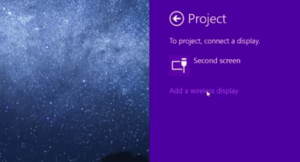 7. Connect your Roku device once it shows up. ( make sure you turn on Wifi on either of your device) 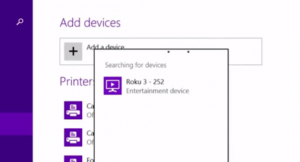 8. If you are trying to connect via an Android phone, then go to Settings -> Connections -> Screen mirroring -> add device. Now connect to your Roku device and start streaming. ( Make sure both your devices are connected to the same Wifi network). 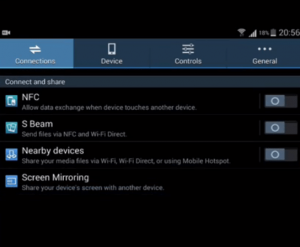 That’s it. The procedure is simple. Now you can cast Kodi from your Smartphone or PC to Roku. This is one of the easiest ways to stream Kodi on Roku.

If you don’t have Roku 3, then it’s not an issue. We have an another solution for you. This method does also require the additional device which supports Kodi. You need to install Kodi on your Windows PC and make sure it is running. Then you can simply connect your PC via an HDMI cable to your Roku device and start streaming Kodi on Roku.

This method is also very simple to follow. The necessities are that Kodi must be installed and running on your Windows PC or Linux supported PC and an HDMI cable. You can run Kodi on Roku without even jailbreaking Roku.

I hope at least one of the above methods works well for you. Do let us know via comments if you have a better option to install kodi on roku.