Before we get into the step to watch movies on kodi with amazon firestick first let’s discuss a few information about fire stick. You may skip to the steps directly if you are already aware about amazon firetv stick.

VPN for Kodi
Your IP Address: 207.46.13.202 is visible to the public. You are taking risk! As a kodi user, we used to watch tv shows, movies, live streaming videos, PPV and much more. Watching these from your own IP address is totally risky. Also, few kodi add-ons are geo-restricted and can’t be accessed by all the users. In order to get rid of such issues, a Kodi VPN is always recommended. Using a VPN will unlock geo-blocked content, keep you anonymous online and watch without buffering! After testing out various VPN services for kodi, we found IPVanish to be the best amongst all. Click here to get an instant 57% special discount on IPVanish for kodiforu users.

Amazon has released a Fire Stick, which is significant to watch movies on Kodi. It is the latest media streaming device. It is faster with a quad-core processor inside rather than a dual-core version. It brings with the voice remote in the box and Amazon’s Alexa digital assistant integration. Amazon’s Firestick with Kodi grabs videos from existing online streaming websites, gives online streaming experience on your HD TV, and free of the popup. Kodi can be installed on Amazon Fire TV sticks as a media center, and it is an easy way to watch movies, TV shows, live TV, live sports, and more.

At first, Google started a media streaming device with Chromecast which was launched at a lower price and transformed shared content from our smartphones to the big screen. Then it was followed by Roku streaming stick which also had similar qualities. The competition begins from Amazon fire stick. Rather than a portal for company’s Amazon Prime instant video service, the fire stick has also a Netflix app, and you can install additional apps from Amazon’s app store.

It has following features such as,

The fire stick uses Amazon’s Advanced Streaming and Prediction (ASAP) which is used to predict contents to watch and pre-buffering it in the background. It works well during testing. Also, ASAP does not tend to kick when you flutter between different films or shows. It does pre-buffer content.

The Fire stick is a media streamer. It has an HDMI connection on one side for plugging into the TV, and a microUSB port on the other side for power. Unlike the Chromecast and Roku streaming stick, the Fire stick requires more power to run off your TV USB ports. If you do not use the USB charger to run the Fire TV stick from TV’s USB port, it will turn on and able to use features such as on-demand streaming.

How to watch movies on Kodi fire stick?

Here we are going to show how to watch free movies on Kodi using Amazon Firestick. Before opening, start the work normal by refreshing data. Refresh would make the process very smooth without interruption.

Step 1: Here the step 1 indicates that all you need to do is to download the application called “Kodi or XMBC.” It is free and open source media player software developed by the XMBC foundation. Kodi can install on Amazon Fire stick as a media center. It is easy to watch free movies, TV shows, Live TV, and more. 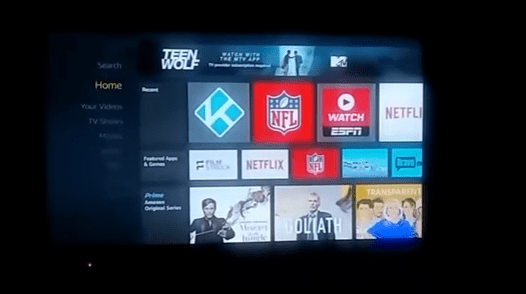 Step 2: In step 2, there are many applications like “Kodi,” NFL, sports app, Netflix and more. But you need to download and install kodi on firestick to watch movies. 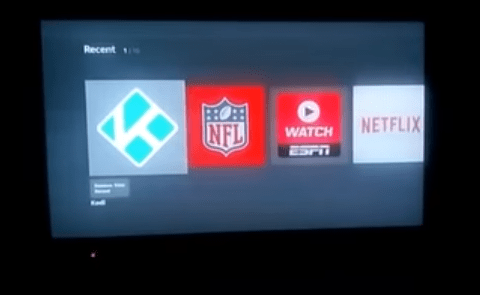 Step 3: Once you have downloaded the application Kodi, the window mentioned above will get open. It is “TV add-ons.” Usually, add-ons tab contains videos, music, TV shows and more. 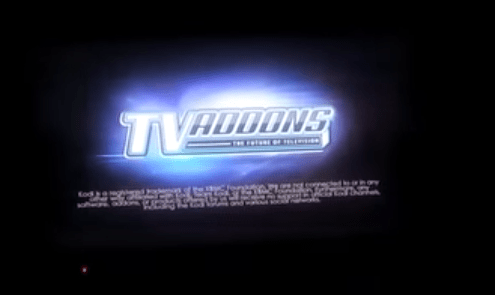 Step 4: Here in the next step, Kodi home page got opened. There are many subtitles such as movies, TV shows, music, add-ons, pictures, videos, and more. Select “Add-ons” subtitle from the main page of Kodi. There are many kodi addons developed by various users. Exodus is one such addon that is quite popular among the kodi users. All your movies are run by an add-on called Exodus. It has a collection of websites to see if it can find a movie or not for you. 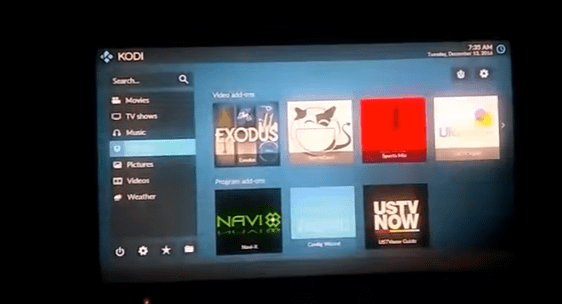 Step 5: Once the Exodus video add-on got installed, just click to open it. Go to “Movies” title among TV shows, my movies, my TV shows, tools, search, and more. Here the movie title contains a collection of videos that you have added to your personal library. So if you watch movies, you can add a movie to your library so that you can get it from “My Movies” section. 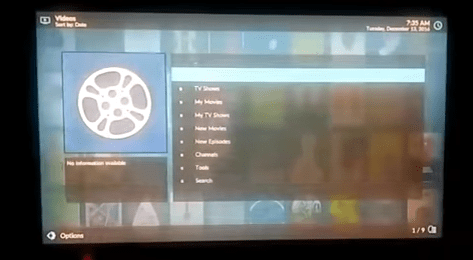 Step 6: After opening the movie title, there are many subtitles related to that particular movie such as genre, year of the movie, people, the language used, and more. Select and click the tab “People watching.” 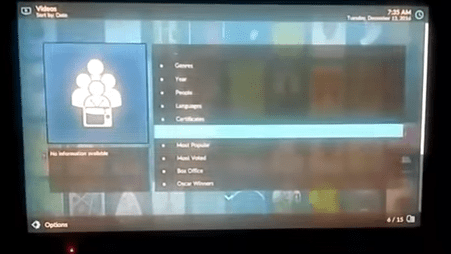 Step 7: Here the list of movies is available with its description on the other side of the window. It describes the movie, in short, year, cast, and more. 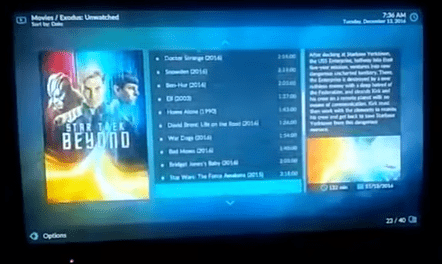 Step 8: Once you select the movie which you want to watch, it gets downloaded as shown in the picture. 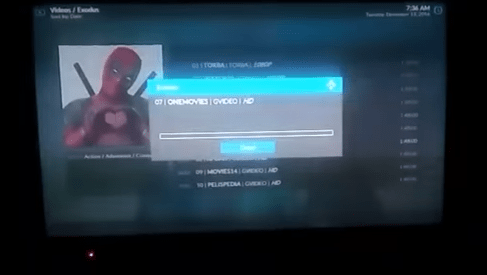 Step 9: Once it gets downloaded, the movie starts. When you are watching a movie, make sure to click the “Selection” button to bring the menu to stop the movie. When you hit the “Back” button, you will go back to the previous screen, and the movies will still play in the background. 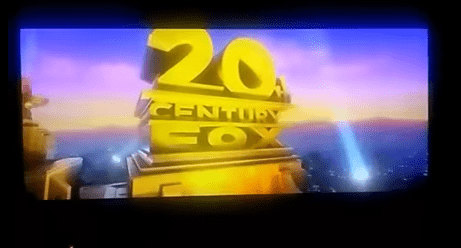 Voila! Now you can watch movies on kodi firestick! If you still face issues with any of the above steps then drop a comment below.