Builds are an integral part of a Kodi system. They change the way we look the Kodi. They provide good interface and shortcuts, wizards that make it simpler to access the addons from home section. There are certain builds that offer much more from others like tools and provide various customization features. Here in this article, we are going to see some of the best Kodi builds which you can run on your device. These builds are much applicable and work great on Android OS. We have also attached installation links and source URL, so you can install straight away if you wish.

VPN for Kodi
Your IP Address: 207.46.13.250 is visible to the public. You are taking risk! As a kodi user, we used to watch tv shows, movies, live streaming videos, PPV and much more. Watching these from your own IP address is totally risky. Also, few kodi add-ons are geo-restricted and can’t be accessed by all the users. In order to get rid of such issues, a Kodi VPN is always recommended. Using a VPN will unlock geo-blocked content, keep you anonymous online and watch without buffering! After testing out various VPN services for kodi, we found IPVanish to be the best amongst all. Click here to get an instant 57% special discount on IPVanish for kodiforu users.

The Pulse CCM build is one of the most popular available because of frequent updates and a clean user interface.  Within Pulse CCM, you will find Kodi addons for movies, tv shows, kids shows, live television, sports replays, pay-per-view events, documentaries, and much more. Pulse CCM has done a great job including the best up-to-date Kodi add-ons and repositories so everything will update properly. Pulse CCM comes with certain in built addons and separate section for Sports, Movies, TV shows and much more. 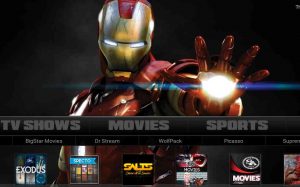 CellarDoor Tv builds is developed by a set of enthusiasts in their free time. But the build is awesome and looks fine. From fresher to the expert everybody can find their favorite in here. Additionally, CellarDoorTV comes equipped with an array of awesome video addons.  Here are just a few of the best ones: Coldkeys, UKTurks, exodus, specto, Release Hub, White Devil, Vortex, elysium, Quantum, Stream Army, Skynet, Pyramid, Kratos, Streamhub, Metalliq, Bob, Fine and Dandy, Wolfpack and much more.

Ares build unlike other addons has a lot of additional features and contains addons developed by the ares project team. You can access all the ares project addons in this build. This build is built in favour of movie and sports lovers. In movies and Tv shows section, you can find an instant search option to search for movies and there is a separate Sports widget for sports lovers. It has also several maintenance tools that can be used to maintain the stability of your Kodi system.

No limits Magic Build is one of the most powerful and complete builds available. It has a lot of features that attract the users to install it. It uses the Aeon Nox 5 Silvo Skin. It is updated often and includes all the top add-ons such as Covenant, BoB Unleashed and BENNU. It also contains several IPTV addons pre installed which is handy to use. It also contains separate sections for Movies and Tv shows exclusively favoring the movie lovers. 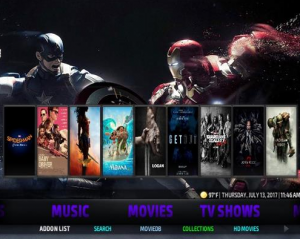 5.Schism builds – ALL in One build

Schism build is a popular addon for installing build. In addition to the Schism builds – All in One build, it also contains a list of builds which are really good. Schism build is one of the most downloaded build and highly customizable. Schism has a lot of builds and has been creating builds for awhile including the All-In-One build. Like other addons it has the exclusive section for sports, movies and Tv shows. The way it works is it has 5 builds in it including AEON NOX, Atlantis, Basix, Eminence, Moonshine, Origins, and Serenity. In order to switch between various skins simply go to Settings–>Schism TV–>Appearance–>Skin to change to the one you want to use.
It has all the best Movie and TV addons installed such as Exodus, Phoenix, Salts, UK Turks, 1Channel, and so on. It also has the lot of features which you will get to know while using it. 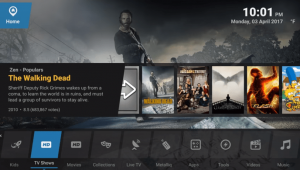 Fire Tv guru build is one of the best and most liked build particularly for fire tv/ stick and Android box users. Fire TV Guru is a very good lite Build that works on most any type of hardware including Fire TV Stick, Android TV boxes, and computers. The layout is simple and nice and uses the Xonfire Skin. It also comes with all the latest best Kodi addons for movies, TV shows, and sports installed. 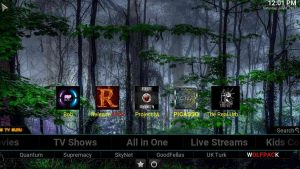 The Tomb Raider Krypton build is a fantastic build that includes popular add-ons such as Exodus, Phoenix, and much more. As this is the most important build, it has all the best add-ons which are suitable for movies, sports, TV shows, and more. People who are looking for Kodi 17 krypton, Tomb Raider Krypton is a good choice to start with. It is a worthy build to get into. Installation is similar to Pulse CCM. 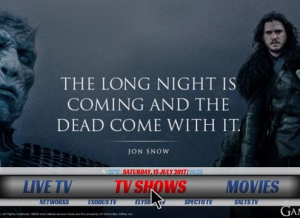 These are some of the best kodi build for android which we have tested and working great. Do check them out and share your feedback! Have a great day 🙂